Activists raise heat after murder of Hindu girl in Pakistan 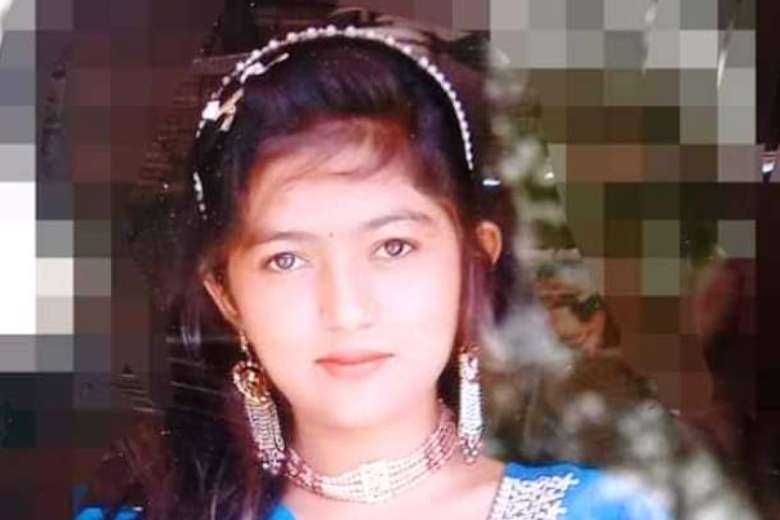 Pooja Kumari was shot in the head at her home in Rohri, Sindh province. (Photo supplied)

Human rights activists have urged the Pakistan government to protect girls from minority communities after the recent killing of a Hindu teenager for resisting an abduction attempt.

Pooja Kumari, 18, was shot in the head at her home in Rohri, Sindh province, on March 21. The murder suspect, Wahid Bux Lashari, who has been arrested, wanted to marry the teenager but she refused, police said.

Pooja’s family had sought protection only a fortnight ago after receiving threatening calls from Lashari. The angry relatives refused to hold final rites for Pooja and began a sit-in on a busy national highway that blocked traffic for more than two hours.

Rajesh Jaipal, a local Hindu activist, told UCA News that four cases of forced conversions of Hindu girls have been registered in Rohri this year alone. “A 13-year-old Hindu girl was abducted 10 days ago. When the police arrested the culprit, another Muslim youth married the victim,” he said.

Politicians, activists and celebrities took to social media to condemn the latest incident, trending #JusticeforPooja, even as the two-day meet of the 57-member Organization of Islamic Cooperation got underway in Islamabad with Prime Minister Imran Khan as the host.

Khan has long campaigned against the growing anti-Muslim sentiments across the globe and takes credit for the United Nations' move last week to adopt an International Day to Combat Islamophobia.

“The government of Pakistan discussed issues faced by Muslims abroad whilst ignoring the atrocities committed against minorities at home,” said a statement issued by the Centre for Social Justice (CSJ) on March 23.

Pointing to the consistent failure of the government to tackle religion and gender-based violence within the country, the CSJ urged the government “to adopt a policy and implement a national action plan to address extremism, violence and persecution of minorities.”

“The government should address the impunity associated with the practice,” said the CSJ while underlining that in 2021 alone at least 78 cases of forced or involuntary conversions of 39 Hindu and 38 Christian minor girls/women, besides a Sikh girl, were reported.

The data challenged the official narrative in Pakistan claiming the incidents of abductions and religious conversions were basically love marriages contracted after voluntarily accepting Islam.

“The change of faith largely by underage girls speaks volumes of the vulnerability of the converts and the motivation of perpetrators. The minority girls and women are targeted because of the social and material vulnerabilities, hence they cannot avail access to justice, which the perpetrators use to manipulate the justice system and get away with their crimes,” the CSJ said in its statement.