Salman Taseer's death for opposing blasphemy law not in vain, they say Activists light candles at a vigil to remember slain Punjab Gov. Salman Taseer who spoke out against the country's controversial blasphemy laws. (Photo by Kamran Chaudhry)

Amid tight security, Christian and Muslim activists attended a candlelight vigil in Lahore Jan. 4 to remember former Punjab Gov. Salman Taseer who was assassinated in 2011 for criticizing Pakistan's blasphemy law.

"Taseer was a different person [and] we have gathered for his cause and ideas," said Father Abid Habib, of the Justice and Peace Commission of the Association of Major Religious Superiors.

"The extremist mindset still prevails in a society which it has fatally infected," Father Habib said at the vigil.

Taseer was shot dead by his police bodyguard because he criticized the country's blasphemy laws and defended Asia Bibi, a Christian woman, convicted of blasphemy and sentenced to death.

Last year, Pope Francis met Bibi's family and assured them that he prays for her and for all Christians who are suffering.

Father Habib praised Taseer's children who attended the vigil despite threats from two religious groups including the hardline Pakistan Sunni Tehreek. One of the former governor's sons, Shahbaz Taseer, remains missing after being kidnapped by Islamic militants in 2011.

From 1987 to 2014, nearly 1,500 people were charged under the controversial blasphemy law said the Catholic bishop's National Commission for Justice and Peace.

Father Habib said that Taseer had rightly described the law as a black law.

"This evil law portrays Islam in a negative way and must be completely finished," said Father Habib. "It interprets the constitution in a way that makes religious minorities in this country appear as if they do not exist," he said. 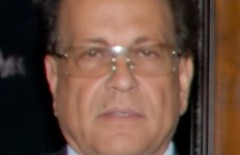 "Taseer showed sympathy for such people and considered humanity first."

Samson Salamat, director of the Center for Human Rights Education, said that Taseer's death evoked an ongoing debate in society about the blasphemy laws.

"People have started realizing that blasphemy accusations have been misused, mostly in a way to settle personal scores," Salamat said at the vigil.

Last year's vigil was held at the same location and was attacked by a gang of men, who destroyed banners and beat up activists. This year there was a heavy police presence guarding the event.

Vigils, remembering the former governor, were also held in Islamabad and Karachi.