LISTEN
ASIA THIS WEEK
A victory for press freedom amid oppression

Catholic bishops in the Philippines have congratulated veteran journalist Maria Ressa for becoming the first Filipino to win the Nobel Peace Prize.

On October 8, the Nobel Prize Committee awarded Ressa and Russian journalist Dmitry Muratov this year’s Peace Prize for their “efforts to safeguard freedom of expression, which is a precondition for democracy and lasting peace.”

The Philippines bishops said that press freedom is an important part of Catholic faith and praised Ressa for her bravery in responding to modern challenges in journalism, particularly in social media.

The 58-year-old Ressa, CEO of the Rappler news website, is a staunch critic of Philippine President Rodrigo Duterte’s human rights violations and deadly war on drugs. She is facing several criminal charges for investigating Duterte’s controversial policy and his alleged use of paid trolls to smear his critics on social media. Philippine journalist Maria Ressa speaks to the media as she arrives at the National Bureau of Investigation headquarters after her arrest in Manila in February 2019. (Photo: AFP)

Meanwhile, thousands of Filipinos fled their homes as Tropical Storm Kompasu swept across the Philippines, triggering floods and landslides.

At least 19 people were killed and others were missing after the storm battered the country on Monday. The authorities said about 6,500 people were forced to flee their homes because of flash floods. A coffin is seen suspended from the ceiling of a flooded house in Espanola, Palawan. (Photo: Sheryl Suico Tagyam)

The Department of Agriculture said Filipino farmers suffered agricultural losses worth almost 500 million pesos or 10 million US dollars because of the storm.

Caritas Philippines said it has been accepting goods and other donations to send aid to the affected areas.

In Pakistan, Caritas has joined the government in Balochistan province to carry out humanitarian assistance to victims of twin earthquakes that killed 50 and injured scores of people.

A 4.5-magnitude quake jolted several districts of Balochistan on Sunday, three days after a 5.9-magnitude quake rocked the mountainous region. More than 2,500 houses were damaged and most deaths occurred from the collapse of walls and roofs. Caritas Pakistan is among the five aid agencies engaged in relief work in Balochistan, Pakistan’s largest province, which has been wracked by Islamist militancy and separatist insurgency for decades.

Tribal groups demand political autonomy and a share of revenues from the resource-rich region. The province is also among areas in Pakistan vulnerable to earthquakes.

Rights groups and the Catholic Church have expressed dismay over Pakistan’s rejection of a proposed bill to stop the forced conversion of religious minorities.

The National Commission for Justice and Peace of the Pakistan Catholic Bishops’ Conference said that the rejection of the bill is against the right to religious freedom. It said the move would encourage criminals to use religion as a cover for the crimes of abduction, rape and conversion of minority girls to Islam with impunity. The Ministry of Religious Affairs and Interfaith Harmony and Council of Islamic Ideology rejected the bill in September, saying it was against Islam, echoing sentiments of radical Islamic groups.

A coalition of 37 rights organization wrote an open letter to Prime Minister Imran Khan to implement legal and administrative measures to protect minorities, especially underage girls, from forced conversions and marriages. It also called for approval of the forced conversion bill.

An anti-Christian purge continues unabated in Hindu-majority India. In the latest case, seven Protestant pastors were placed in judicial custody after their arrest on Sunday in Mau district of Uttar Pradesh state in northern India. Indian Christian devotees hold candles and placards as they pose for a photograph during a demonstration against a suspected attack on a church in Amritsar on Dec. 2, 2014. (Photo: AFP)

Christian leaders said the allegations are baseless and the harassment was part of a planned strategy to attack Christians amid increased hostility and persecution since Yogi Adityanath, a radical Hindu priest and leader of the right-wing Bharatiya Janata Party, came to power in the state.

Several BJP-ruled states have passed anti-conversion laws and have seen a steep rise in attacks against minority Muslims and Christians.

Cambodia’s authoritarian Prime Minister Hun Sen has ordered a search for the owner of a Facebook account who posted a violent poem on his page recently.

A state-aligned publication claimed the owner of the account is a 35-year-old activist from the former Cambodian National Rescue Party named Voeun Veasna, who is based in Thailand. The CNRP, the main political opposition party, was dissolved by the courts ahead of elections in 2018 when Hun Sen’s long ruling Cambodian People’s Party won every seat contested at the poll. 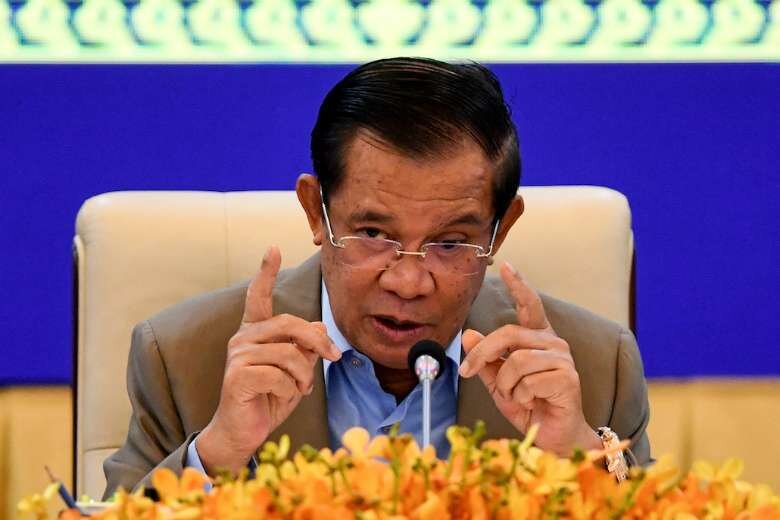 Since then, the CNRP’s exiled leader Sam Rainsy has threatened to return and stage a popular rebellion to oust Hun Sen. In response, police rounded up more than 100 CNRP supporters and charged them with incitement and treason.

Rights groups have accused Hun Sen of rights violations and turning Cambodia into a one-party state.

An interfaith body and minority groups have demanded punishment for a radical Muslim cleric in Malaysia for defaming religious and ethnic minorities.

Ustaz Syakir Nasoha, based in Kedah state, released a video that went viral on social media where he called Buddhists, Hindus and indigenous Dayak community as kafirs or infidels who are swarming Muslims like people swarm on a tray of food. He claimed that Buddhists and Hindus are bombing mosques and killing Muslims in Thailand, India and Pakistan. Religious minorities and Dayak communities have strongly protested the sermon in various parts of the country and thousands of police cases have been filed demanding strict action against Syakir.

An interfaith forum, the Malaysian Consultative Council of Buddhism, Christianity, Hinduism, Sikhism and Taoism, has also condemned the cleric and urged the authorities for actions against him. The council said Syakir should be punished for violating Malaysia’s Penal Code and the Communication and Multimedia Act.

Catholic priests in Sri Lanka joined civil society groups, environmentalists and media organizations to call on the government to compensate fishermen and clean up the coast after a shipwreck caused widespread pollution.

During the demonstration at Sarakkuwa beach on Tuesday, the protesters decried the government’s silence on the damage to the ocean and the lack of fair compensation for the fishing community. Fishermen and activists led by Catholic priests demonstrate at Sarakkuwa beach on Oct. 12 to demand speedy compensation for people affected by the burning and sinking of a container ship in June. (Photo: AFP)

In May, Singapore-registered ship X-Press Pearl exploded after catching fire off the coast of Colombo. It was transporting around 1500 chemical containers from the Middle East on its way to Singapore. In the containers were 25 tons of nitric acid along with other chemicals and cosmetics.

The accident polluted more than 700 kilometers of the coast with plastics and other debris. Fish and marine animals such as sea turtles have died and washed up on the beach.

South Korea’s Archdiocese of Seoul has published a textbook on sex education for adolescents and their parents to impart in them positive views on human dignity and the body. The archdiocese's committee for life has published the book titled Our Growth Story: A Journey into Adolescence.

The book has been translated from an Italian book published by Italy-based Association of Pioneer Projects, a coalition of organizations dedicated “to form a sex education culture based on importance of life, responsibility and sincere love.” The cover of the book 'Our Growth Story: A Journey into Adolescence' published by Seoul Archdiocese. (Photo: Catholic Times)

The Korean Church aims to fill gaps in sex and gender education in the country by helping young people and their parents with lessons on human sexuality.

It also teaches how young people should view issues like abortion and homosexuality, use of natural family planning rather than contraception, and that sex only for pleasure without love is undesirable.

The military in conflict-torn Myanmar has burned down a Baptist church and four civilian homes in predominantly Christian Chin state. Christian sources and media reports say the destruction in Falam township on Wednesday came during intense fighting between the military and ethnic rebel group Chin National Army.

The violence forced hundreds of residents from at least five villages to flee their homes and take shelter in nearby jungles. The army offensive came after the rebels attacked a military convoy on the highway from Falam to Chin state capital Hakah. The military has reinforced hundreds of soldiers with heavy weapons and armored vehicles in major townships. An armed policeman stands guard at a checkpoint on a roadside in Yangon, Myanmar, on Oct. 13. (Photo: AFP)

Renewed fighting in Chin state has left more than 20,000 people displaced since May. The military targeted Catholic and Baptist churches in July and August when soldiers camped in churches and destroyed church property.

In September, the soldiers shot dead a young Baptist pastor during violent attacks in Thantlang town. About 1,200 people have been killed by the junta since the coup in February.