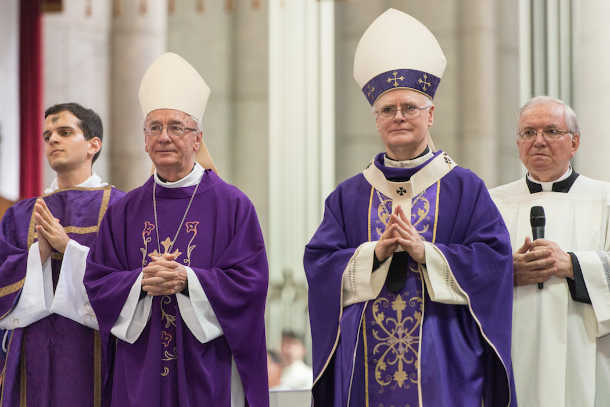 The unity of the Church is to be understood as a unity that welcomes diversity, says Cardinal Claudio Hummes, the recently named rapporteur (relator general) for the upcoming Synod of Bishops' special assembly on the Pan-Amazonian Region.

“Today, much is said about the unity of the Church. It is of fundamental and utmost importance. However, it has to be understood as a unity that welcomes diversity, following the model of the Most Holy Trinity," said the cardinal, whom Pope Francis appointed as the assembly's relator general on May 4.

"It is equally necessary to highlight that unity can never destroy diversity. Concretely, the synod accentuates the diversity within that great unity. Diversity is the richness of unity, protecting it against becoming uniformity, against providing justifications to control," Cardinal Hummes said in an interview with La Civiltà Cattolica.

The main objective of the synod's special assembly is to "find new paths for the evangelization of that portion of the people of God, particularly the indigenous people who are often forgotten and often face a bleak future due to the crisis of the Amazon rainforest, a fundamental lung for our planet.”

The meeting is to take place in Rome from Oct. 6 to 27, on the theme "Amazonia, new paths for the Church and for an integral ecology."

"Initially, Christianity found a place for inculturation in European culture, and this good process has remained valid up until today. But that one act of inculturation does not suffice," said the retired archbishop of São Paulo who has been from the beginning a key figure in the preparation of this synod assembly.

"We have to appreciate the diversity of cultures: the Church will be enriched by this, not undermined. Diversity does not attack the unity of the Church; it strengthens it. It is important not to be afraid of these things," said Cardinal Hummes who will be 85 when the assembly is convened.

"So, if we speak among ourselves and manage to find new paths for the Church in Amazonia, this will be for the benefit of the whole Church," said the Franciscan, who served briefly as prefect of the Congregation for the Clergy (2006-2010), was also president of Repam, the Pan-Amazon Church Network.