As church leaders stand on the wrong side of history, we must hope that Catholics keep their soul and values intact
Published: January 22, 2021 03:59 AM GMT ▾ Hong Kong is facing today its almost silent, legislative Tiananmen. No shots have been fired, no tanks are on the streets, no soldiers are pulverizing protesters. Instead, bit by bit, with every knock on the door, every arrest, every threat, Beijing is carrying out a massacre of Hong Kong’s freedoms and occupying every corner of Hong Kong’s public square.

There have been many nails hammered into the coffin of Hong Kong’s freedoms over the past few years, from abductions and disqualifications to deportations, unjust arrests and police brutality.

The imposition of the draconian national security law, the ensuing detention of activists and the removal of the entire pro-democracy camp from the legislature were among the final straws.

But if we thought things could not get any worse, 2021 began with the biggest single mass arrest of recent times. On Jan. 6, some 53 pro-democracy politicians and activists were charged under the national security law for the simple act last summer of conducting a primary election to choose their candidates for the expected Legislative Council elections, which were, of course, subsequently postponed for a year anyway, using the pandemic as an excuse.

The swoop marked the latest death knell for any hope of any semblance of promised representative democracy in Hong Kong. Such hope had already been snatched away in November when Beijing disqualified four pro-democracy legislators and their remaining colleagues quit in solidarity, protesting that they could be next.

But few expected that former legislators, candidates, academics, pollsters, lawyers and activists, ranging from the most moderate democrats to those more radical, would be hit by a dawn raid by Hong Kong police early in the new year for having conducted an electoral exercise to give the public a say in choosing candidates six months earlier.

We have since seen further arrests, including of 11 Hong Kongers charged with assisting 12 youths who tried to flee the city by boat last August. Among them are lawyer and district councilor Wong Kwok-tung, independent musician Fok Long-chai and a Ukrainian national.

In a shameful act of poor judgment, British barrister David Perry QC was hired by the Hong Kong government to prosecute not only pro-democracy Catholic media entrepreneur Jimmy Lai but also Martin Lee, a senior Catholic barrister and father of Hong Kong’s democracy movement, respected barrister Margaret Ng and others.

He rightly came under a torrent of criticism from fellow lawyers such as Catholic barrister Baroness Helena Kennedy QC, director of the International Bar Association’s Human Rights Institute, former UK justice secretary Lord Falconer and UK foreign secretary Dominic Raab, who described him as “mercenary.” Under the glare of worldwide condemnation, Perry withdrew, and rightly so.

The truth is that within a year Hong Kong has gone from being an open, if turbulent, city to a closed city of repression, fear and lies. There are a handful of courageous media outlets, journalists, religious leaders and activists who continue to push the boundaries, test the limits and speak the truth, but they are fewer and braver and they risk much more than in the past.

Before last July, I was in daily contact with friends in Hong Kong, talking freely, exchanging ideas, communicating a mix of political ideas, spiritual encouragement and informal jokes. Today, I hardly hear from anyone on the ground in Hong Kong and I am ultra-cautious about contacting anyone — and the few I do, it is only to exchange pleasantries.

Besides the mass arrests and the political repression, there are two other dimensions to this all-out assault on freedom. The first is the attack on religious freedom; the second is the complicity of the banks.

Until relatively recently, some might say that political freedoms have gone but churches are free to worship and religious freedom has not been impacted. I always knew that was nonsense because as soon as freedom itself is attacked, it’s only a matter of time before freedom of religion or belief is compromised. And sure enough, it’s happening.

We have seen a police raid on the Good Neighbour North District Church, simply because its brave and inspiring pastor, Roy Chan, dared to stand between young protesters and the police in 2019 and effectively said to the police, “Beat me, not the kids.” But worse than the cops raiding a church is the fact that HSBC, a global bank, has frozen the assets of the church, the pastor and his family. It also froze the accounts and credit cards of former pro-democracy legislator Ted Hui and his relatives. This despicable conduct by a multinational bank should not be tolerated by consumers. Whose side is it on, its global customers in the free world or the tyrants in Beijing? HSBC must now choose.

The Catholic Church has a choice to make too. Hong Kong’s retired Cardinal Joseph Zen is clear on what side he stands, and his long and courageous record of speaking for freedom is there for all to see.

In banning a public prayer campaign for Hong Kong’s freedoms, inspired by a call for prayer by the president of the Federation of Asian Bishops’ Conferences, Cardinal Charles Bo, and in issuing a heartbreaking instruction to clergy to “watch your language” in homilies, as well as refusing to stand in the way of the rollout of so-called “patriotic” education in Catholic schools in Hong Kong and issuing instructions to students in Catholic schools not to participate in protests, the hierarchy in the Church in Hong Kong has stood on the wrong side of history. That said, so many of the leaders of the movement for freedom in Hong Kong are Catholics, so many of them are already in jail or risk arrest, and all need our prayers and support. And, of course, we wait to see who will be appointed the new bishop of Hong Kong.

We have a choice to make now. Do we give up, sell out or fight on?

Catholic social teaching does not countenance the first two options. So, we fight on, for Hong Kong’s freedoms and ultimately for freedom itself, even if the price is high, because the alternative — selling our souls — requires an even higher price that is simply unacceptable.

I hope those in the Vatican, in the Diocese of Hong Kong and in institutions used to engaging with Hong Kong will reflect on these dilemmas and will, in the end, choose to hold their soul and values intact. For that, ultimately, is the choice we must all make. It is time to choose sides.

Benedict Rogers is a human rights activist and writer. He is the co-founder and chief executive of Hong Kong Watch, senior analyst for East Asia at international human rights organization CSW, co-founder and deputy chair of the UK Conservative Party Human Rights Commission and a member of the advisory group of the Inter-Parliamentary Alliance on China (IPAC). The views expressed in this article are those of the author and do not necessarily reflect the official editorial position of UCA News. 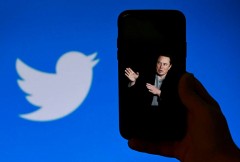 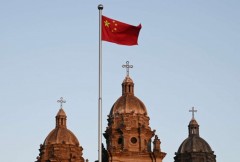