A radical act of service and love

Feet washing is a powerful symbol of gender equality 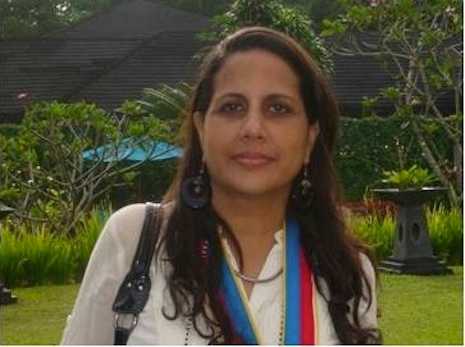 There are photographs doing the rounds on the internet of Cardinal Jorge Mario Bergoglio, now Pope Francis, washing the feet of women. It is a sight to gladden one’s heart in a Church that puts women on the lowest rung of its hierarchy.

Finally we have a pope who understands the true meaning of Jesus' command to go and wash feet (John 13:14) without distinctions of gender.

Francis understands what it means to be a servant of the servants of God, who for the most part are women, serving in our homes, parishes, schools, institutions and missions by serving the young, the old, the sick, the poor, the unwashed and unwanted.

We have a pope who is so secure in his sexuality and his spirituality that he is unafraid to touch women's feet, just as Jesus was unafraid to have a woman wash his feet with tears, wipe them with her hair and kiss them (Luke 7:38).

Maybe we can reflect on this during Holy Week and look at the events of that night through the eyes of women.

It was a night of high drama – denial, betrayal, suicide, human sacrifice, all simmering beneath the surface. And in this highly charged atmosphere Jesus, the Master, does the unthinkable.

He girds himself with a towel and proceeds to wash his disciples' travel-worn feet and wipe them – a job the Talmud relegates only to slaves.  He caresses the feet of the one who is to betray him and the one who is to deny him.

He does not make their remorse and repentance conditions to his love. Neither it appears does Cardinal Bergoglio, who washed and kissed the feet of patients of the Hogar de Cristo shelter for drug users, during a Holy Thursday Mass in Buenos Aires; nor do the women who routinely wash the sick, the bedridden and the dead without qualification.

Forgiveness and reconciliation at its best – this is what Jesus expects of us all, not just his male apostles.

At the heart of Jesus’ gesture is a powerful statement on loving and humble service. “You also ought to wash one another's feet,” he commands his disciples. He doesn’t say, “Since I washed your feet, you wash mine.”

No, his message is clear: “I have given you an example so that you may do what I have done to you.” In other words, if you want to be my disciples, continue my ministry of loving service, “love one another just as I have loved you” (John 13:34) so that “by your love for one another…everyone will recognize you as my disciples” (John 13: 35).

It is a mandatum to all who wish to be his disciples, not just the men gathered in the room. And it is definitely not meant to be a privilege conferred on a chosen few men (‘viri selecti’).

Unfortunately, so afraid is the Church of including women in a ritual that is linked with the institution of the Eucharist and the priesthood, that it closes the doors to women’s participation in this celebration of servanthood even though women live it daily.

And so every year I drag myself to the Maundy Thursday services anticipating the pain I will experience as I witness Jesus’ radical gesture being shorn of its rich meaning and reduced to an act that makes the gender of the disciples an integral part of the symbol. When the “Lord and Master” overturned the religious and social hierarchies of his day by washing his disciples’ feet, how can we, his disciples, use this very gesture to reinforce a hierarchy based on gender? Would not this be a travesty of the symbol?

I am hoping this Maundy Thursday will be different. As I watch the feet of the men being washed I will carry with me the picture of Cardinal Jorge Mario Bergoglio, washing the feet of a pregnant woman in Argentina, and the exclusion will hurt less.

I will tell myself that if the pope has broken the barrier that keeps women out of this meaningful ritual it cannot be long before it becomes universal. I will transport myself beyond the limitations of what I am witnessing in the Indian Church to unite myself in spirit with other services that include both men and women “in recognition of the service that should be given by all the faithful, to the Church and to the world” (US bishops conference).

And I will pray for this humble man who calls himself simply Bishop of Rome, that he may continue to wash women’s feet so that the ritual that marks Maundy Thursday is transformed into what Jesus meant it to be – an act of ecclesial unity and Christian charity, not a celebration of a preferential option for men.

(Editor's note: as reported in our Editors Choice section, Pope Francis has switched the venue for Maundy Thursday Mass from St Peter's to a young offenders' institute where he plans to wash imates' feet.)