In this file image the Malaysian national flag flies at a Catholic Church in Kuala Lumpur. In the Malaysian state of Sabah there are around 370,000 Catholics, of whom 1,000 are believed to be members of the Neocatechumenal Way. (Photo by AFP)

They avoid publicity, seem severe and keep to themselves. They are members of the Neocatechumenal Way. In the Malaysian state of Sabah, members of this Catholic group number about 1,000 and they are growing.

They meet twice weekly, once to read the Bible and again each Saturday evening for a private Mass, away from the main congregation. The Catholic population in Sabah is around 370,000.

The Neocatechumenal Way, a lay movement founded in 1964 in Spain, is dedicated to the Christian formation of adults.

Edward Muthu, who has been a member of the Neocatechumenal Way for around three decades, said the community initially came to Sabah on Borneo Island's far north only by chance.

"Some members of the Neocatechumenal Way were in transit on their way to the Philippines in 1980. A local priest met them, introduced them to the bishop who welcomed them to Sabah," said Muthu.

Another member, Stephen Chu, said the people of Sabah have always been accommodating to all irrespective of religion.

"When the Neocatechumenal Way came here initially no one expected that it would stay but it thrived," said Chu.

That first community in Malaysia was formed from a core group of about 20 or so in Kota Kinabalu, Sabah's capital city.

This occurred when the Catholic community in Sabah was in a state of flux when the country's leaders were prioritizing Islam at every level.

In the 1970s the clergy, made up mainly of foreign priests and nuns, were expelled from Sabah. 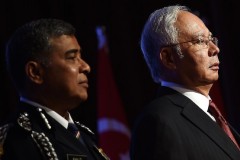 Among those who were asked to leave were the foreign priests of the Mill Hill missionaries who had been in Sabah since the mid-1800s. The missionaries were much admired because they brought education to rural areas and assisted farmers to implement modern farming techniques. They also helped educate locals and established boarding houses for poor students.

The 1970s also saw all mission schools owned and staffed by the church handed over to the federal government; the social fabric of the state was in tatters.

Christians were uneasy; the government machinery was being used to change the demographics of the state from mainly Christian to Muslim. Conversions were encouraged and rewarded. Many did. Others coped or emigrated.

Father Patrick Ryan, a priest who left Sabah in 1971 and now lives in England, said the declericalization of the church in the state resulted in the laity becoming more involved in church affairs during the 1970s.

By and large many Catholics in Sabah saw the church as a wounded institution. What's more they felt they were on their own.

Others describe the Neocatechumenal Way as a new movement that tends to operate apart from regular church structures.

Considered hard-line and controversial because they are unwelcome in some Asian dioceses, the Neocatechumenal Way has no presence in the rest of Malaysia or in neighboring Indonesia mainly because the clergy there have reservations of a movement that many see as cocooned.

"I think there was a feeling at the time that Catholics had to defend their faith," said Father Lo.

Chu said that people's understanding of their Catholic faith was tested during that time. "It was a confusing period," he said.

"When Islamization increased during the 1970s, people began to ask 'What next?' Many were in difficult financial positions. They were desperate. They once had everything and enjoyed everything and suddenly there was nothing," said Chu.

"They began to ask their purpose in life. The Neocatechumenal Way helped them. Now there are 30 communities."

Called "a community of itinerants who preach the Gospel around the world," it has about 13,500 communities in 4,000 parishes and 650 dioceses in more than 90 countries.

The Neocatechumenal Way has sometimes encountered opposition from bishops, in Japan and Nepal for example, who suspended its activities, who complained that that the movement undermined the unity of the local Catholic community.

Pope Paul VI recognized the movement in 1974, saying, "your communities are an authentic, real way of living your Christian vocation" but at the same time urged members to be "highly attentive to dependence on your pastors and communion with all your brothers, with all other parishioners, with the priests and the bishops."

The Neocatechumenal Way is known to have enjoyed the support of Pope John Paul II who celebrated Mass with Neocathechumenal communities.