A long road to full rights and dignity for women 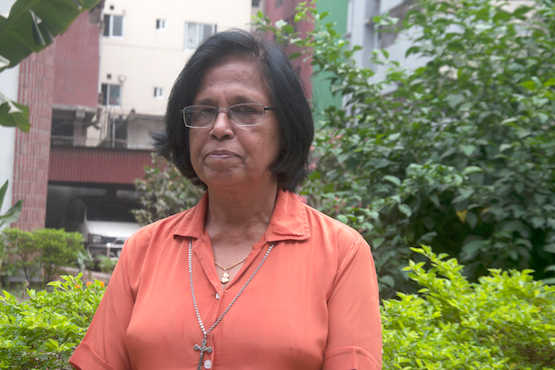 In recent times, women in Bangladesh have become increasingly aware about their rights, especially in urban areas where development groups and human rights organizations are active. But in rural areas women are still very much neglected from being recognized as human beings with equal rights as men.

In a country where traditional religious and cultural practices are largely dominated by patriarchal influences, a women’s role as mother, wife, sister and daughter are largely submissive to the male and they are often considered semi-human beings. Patriarchy and subjugation of women are two major instruments to keep women under control and suppress their rights.

One of the worst violations of women’s rights is the custom of dowry giving for marriage, which entails a girl’s family offering cash and valuables to the groom’s family to secure the marriage. This is a case where the woman and her family are paying for the privilige of living in what could be slave-like conditions with her husband and his family. There is a law that bans dowry but in practice it is very prevalent in rural areas of Bangladesh. Dowry-related abuse, torture and deaths are a common affair in this country.

Today, women are allowed to work outside the home and kitchens because they have proved that they are capable of contributing economically. All job sectors are open to them including the government and private sectors. Recently the government started recruiting them for law enforcement and the military. In most cases, women get equal pay like their male colleagues. But in various sectors like construction, women are still discriminated against regarding pay and working hours.

The garment industry, the country’s most important industry, has over 4 million workers with the majority being women. Often, garment workers are poorly paid despite their hard work, treated badly and barred from forming trade unions. Women employees are supposed to take six-months maternity leave, but in the export-oriented garment industry women workers are allowed only three-months unpaid leave.

There is little legal protection for women at home or the workplace in Bangladesh. There are laws banning malpractices like dowry, child marriage and domestic violence, but none of them are properly enforced. In cases of oppression and violence, the state offers little legal opportunity for redress other than some women's or rights groups. In most cases, a victim meets with apathy from policemen and officials.

A woman’s capacity to become a decision maker in the family and society is far from a reality. Even in this modern age, male family members — father, uncle, brother and husband — make most of the important decisions about education, work and marriage for women. She doesn’t have a say whether she can continue her studies or should be married off.

There is also the legacy of a negative influence of religion and cultural values, standing out as a barrier to women’s freedom of life and choice.

In Islam and Hinduism, women are considered subordinate to men. A while back, the government passed the National Women Development Policy that aimed to ensure equal rights for women regarding education, employment and inheritance. But the government failed to implement it amid opposition from Islamic fundamentalists. Similarly, the government made Hindu marriage registration optional amid protests from hardline Hindus opposing compulsory registration.

For Christianity and the church, gender equality in some aspects is on paper and in principle. But in its true sense, patriarchy is predominant and women experience discrimination.

By virtue of baptism all Catholics are called to become preachers, prophets and priests. But in practice, women can’t preach in the church, can’t be ordained a priest and can’t pronounce any prophetic words, just because they are women. In some churches women are not allowed to read from the Bible on Sunday because some men don’t like it. In most cases of decision-making about the church’s well being, women's voices are largely absent and ignored. Like non-Christians, many Christian women face abuse and torture but are forced to weep silently because the church has not developed an adequate mechanism to offer proper justice to victims of abuse.

A change in attitude of the church hierarchy is needed, so that they consider women the same as men, created by God with equal dignity, rights, intelligence, skill and ability. Only then, can the rights and dignity of Christian women be fully realized.

In general, women expect that men accept them as equals with full freedom, human values, potentialities and gifts from the same Creator, so that there should be no discrimination and oppression on the basis of gender. They expect that the still dominant patriarchal attitude in the government, political and social organizations, families, business, development groups and religious entities to change. There must be a united effort from everyone to bring gender equality in society.

Every woman dreams that one day she will enjoy equal rights and opportunities as men everywhere — including at home, the workplace, society and religious institutions. Only then, can we create a truly happy and peaceful world for all.