Sarcasm doesn't work in Japan, says Zenjiro about his encounters with politicians who just can't stand being derided 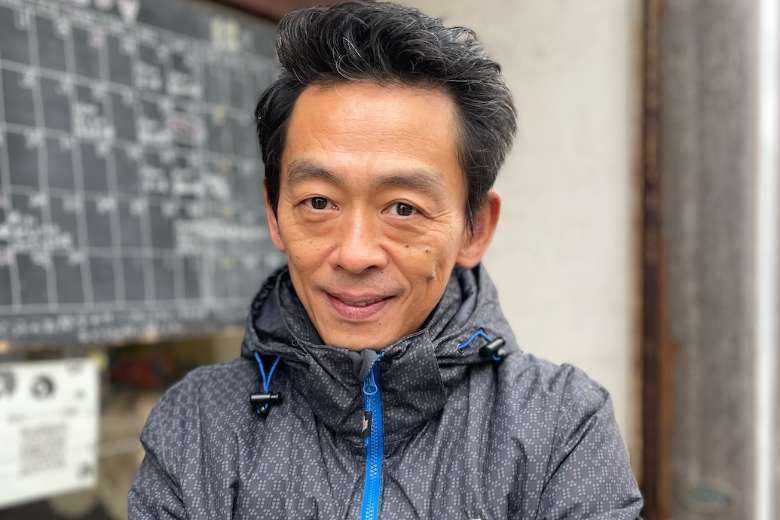 Zenjiro says the Japanese know nothing about religion. (Photo: Supplied)

“As a comedian in Japan, you cannot make fun of politicians as people still consider them eraihito or people of great importance. Comedy is therefore reduced to childish gags and is deprived of any logical or deep thinking.”

Voicing this bluntly sincere grievance is Zenjiro, 53, an award-winning, multilingual Japanese comedian and actor who performs in English, Japanese and Korean.

He has hosted numerous TV programs in Japan and featured in a variety of foreign TV shows including one on the BBC. He was the first comedian to do stand-up with a partner driven by artificial intelligence — a small robot that like a ventriloquist’s puppet would interact with him and the audience.

The Kansai-born comedian has over three decades of professional experience spread across the USA, India and China.

I speak from experience since just a day earlier I assisted his dazzling performance, a unique piece of stand-up comedy that is atypical in Japan, especially when his main theme of derision is still taboo in the Land of the Rising Sun.

His performances have gained him popularity but also mistrust and suspicion, when not open rage, of top politicians.

I had agents beg me to keep a ‘clean’ image of myself, making easier and somewhat dumber jokes, advising me that challenging the elite is never a good idea if I wanted to have a career

Kono Taro, a former foreign minister and runner-up in the 2021 Liberal Democratic Party leadership polls held recently, blocked him on Twitter over some trivial criticism.

“Kono Taro is in charge of the national vaccination campaign and on Twitter keeps bragging about his successful achievements. I say really? You imported millions of doses of Moderna vaccine that had been contaminated with an ‘unknown’ metal element that possibly cost tens or hundreds of lives, but we will never know the exact number. And guess what? I did the Moderna vaccine, so shouldn’t I have the right to be a little angry at his incompetence?”

In Japan, even a remote hint at political sarcasm is daring.

“I had agents beg me to keep a ‘clean’ image of myself, making easier and somewhat dumber jokes, advising me that challenging the elite is never a good idea if I wanted to have a career. But I wanted to do satire for adults, not children,” says Zenjiro.

The entertainment industry’s goal is to appease the younger audience, which is a more recent phenomenon, according to him.

Since the boom years of the ‘80s, Japan’s comedy scene has changed a lot, and for the worse. You could do adult entertainment then, but now everything is a touchy subject. Since the 2000s the comedy market is directed at young women since guys are into gaming, pornography and constitute the fan base of the young idols.

“So before even asking how to appeal to women, the first rule is don’t upset them with serious jokes,” Zenjiro reveals.

"Comedy is in a worse situation", he says, "because you have to explain to the audience beforehand what the jokes are going to be about in that particular show".

“This only happens in Japan. Can you imagine Dave Chappelle saying to the audience this is the list of my jokes, which includes the use of sexual words and gender identity mockery? That by definition would not be comedy anymore.”

Your whole lifestyle is regimented. They want you to fit the character whatever that means. You need to wear those types of clothes, never push the edge, and keep a low-profile personal lifestyle

But there are historical reasons for all this. European satire tradition and the Japanese one are quite different.

“In medieval Europe, the court jester and fools could mock and insult many influential people and were the only ones who were allowed to tell brutal truths to the king. On the contrary, in Hideyoshi's time, a comedian would instead praise the shogun [because] he would be afraid to criticize him. At the worst he would make fun of his adversaries,” Zenjiro elaborates.

The other big taboo is religion, but the stand-up comic doesn’t mince words: “For one thing Japanese don’t know anything about religion, I mean the structured major religion in the world. At best they have a naïve view of it. Also, they are afraid that if they make a joke about Soka Gakkai [a Japanese Buddhist religious movement], for example, they will be attacked back. And there is one more reason. Their image of religion is still the image of something scary. A heritage of the two centuries of the Christian ban.”

The other drawback of being a comedian in Japan is that once you get fired from one media, everything else falls apart. It’s not like in America where leaving an agency or a TV station means a step forward in your career.

“You make one mistake that becomes a step up. You get fired from a company, you go to another one and move up the ladder. Even in a couple’s relationship in America, a divorce is considered a step into a better life. In Japan, you make one mistake and it’s over. Here the main concern is why you were fired. If you had to leave, it means there was something wrong with you, therefore nobody wants to do business with you anymore,” he says.

There is no mercy. The company that controls the entertainment business wants to regulate everything. “Your whole lifestyle is regimented. They want you to fit the character whatever that means. You need to wear those types of clothes, never push the edge, and keep a low-profile personal lifestyle,” says Zenjiro.

Comedians’ history in America speaks of outsiders if not outright outcasts, but in Japan you’re essentially a salaryman. As Zenjiro puts it: “Modest, obedient, in a word sontaku, which means arse-kissing.”