Share this article :
In 1983, 10-year-old Ashik Iqbal was given a small radio and a list of stations to listen to by his elder brother to overcome times of boredom in their village in Bangladesh’s northern Rajshahi district. One of the stations was the Bengali Service of Radio Veritas Asia (RVA). Iqbal, a Muslim, found the RVA programs very interesting and became a regular listener of the Philippines-based Catholic shortwave radio service. “RVA programs can attract and hold a listener’s attention for ages. It is a voice of people like me. There are various religiously-affiliated media but the RVA is different. It is Christian but doesn’t limited itself within religious boundaries,” Iqbal, now 47, told ucanews. An event to mark RVA's golden jubilee was held at the Catholic Bishops' Conference of Bangladesh center in Dhaka. Click here to read the full article
Related News 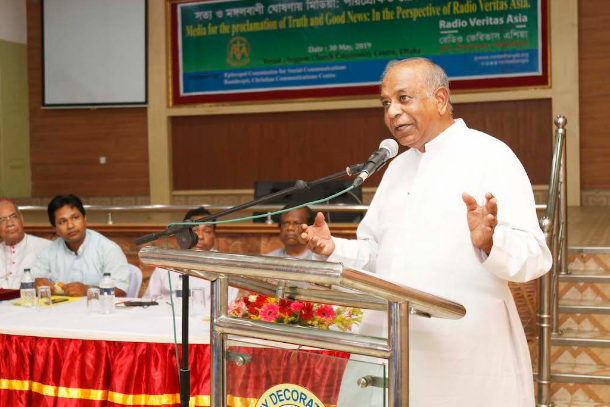 Click here to see a video of the event