19 dead in India after building collapses in monsoon 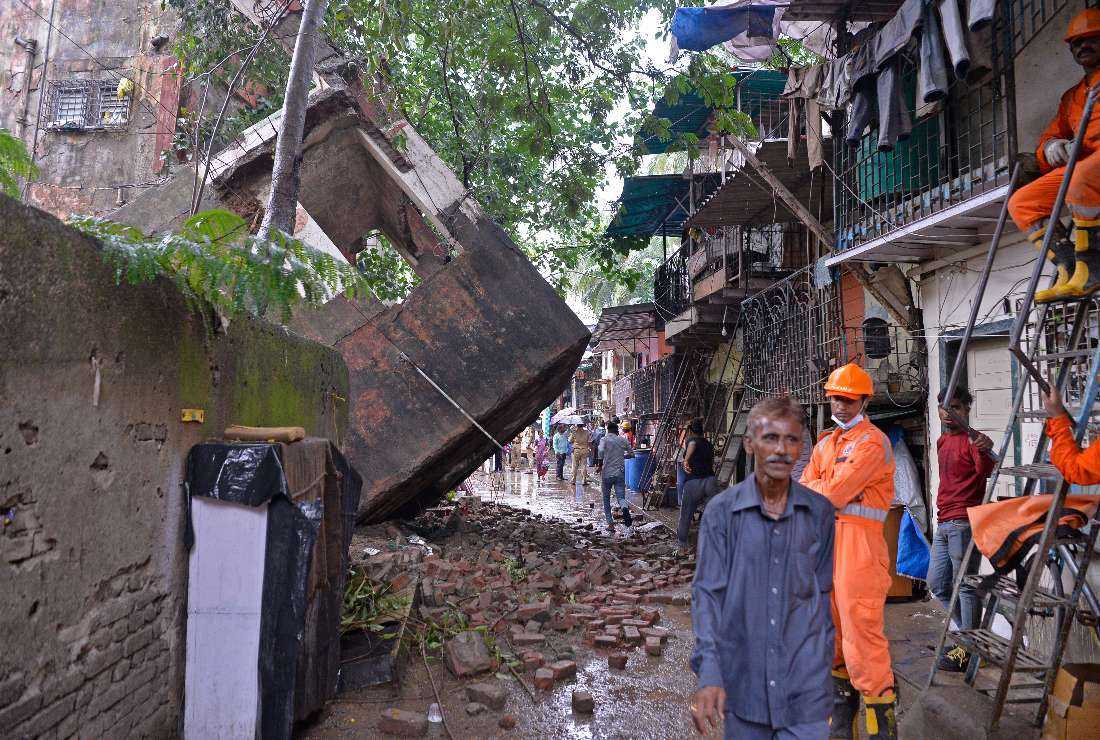 Rescue workers stand beside the collapsed building in Mumbai on June 28. (Photo: AFP)

At least 19 people were killed when monsoon rains caused a four-story building to collapse in the Indian megacity of Mumbai, authorities said.

The structure, located next to a slum in a central city district, collapsed just before midnight on June 27, according to officials.

Fourteen people had been rescued by June 28 evening but emergency workers retrieved 19 bodies from the rubble.

"Search and rescue operations are continuing," a spokesperson for the National Disaster Response Force told AFP.

At least six of those killed were between 18 and 21 years old, city authorities said.

Heavy rainfall was hampering operations as rescuers moved concrete slabs and sifted through mud and rubble searching for survivors.

One woman, believed to be the sister of one of the victims, was seen wailing and crying as a body was carried into an ambulance.

Monsoon rains from June to September are vital to replenishing rivers and groundwater in India but the deluge also causes widespread destruction.

Building collapses are common during this period, with old and rickety structures buckling under days of non-stop rain.

"I pray that people listen to civic authorities and shift to alternate locations to avoid tragic disasters like this," Thackeray said while visiting the scene.

The western state of Maharashtra, of which Mumbai is the capital, was hit badly last year when monsoon-triggered floods and landslides killed 200 people and forced a quarter of a million to evacuate their homes.