President Yoon Suk-yeol says it is the heaviest rainfall since Seoul weather records began 115 years ago. 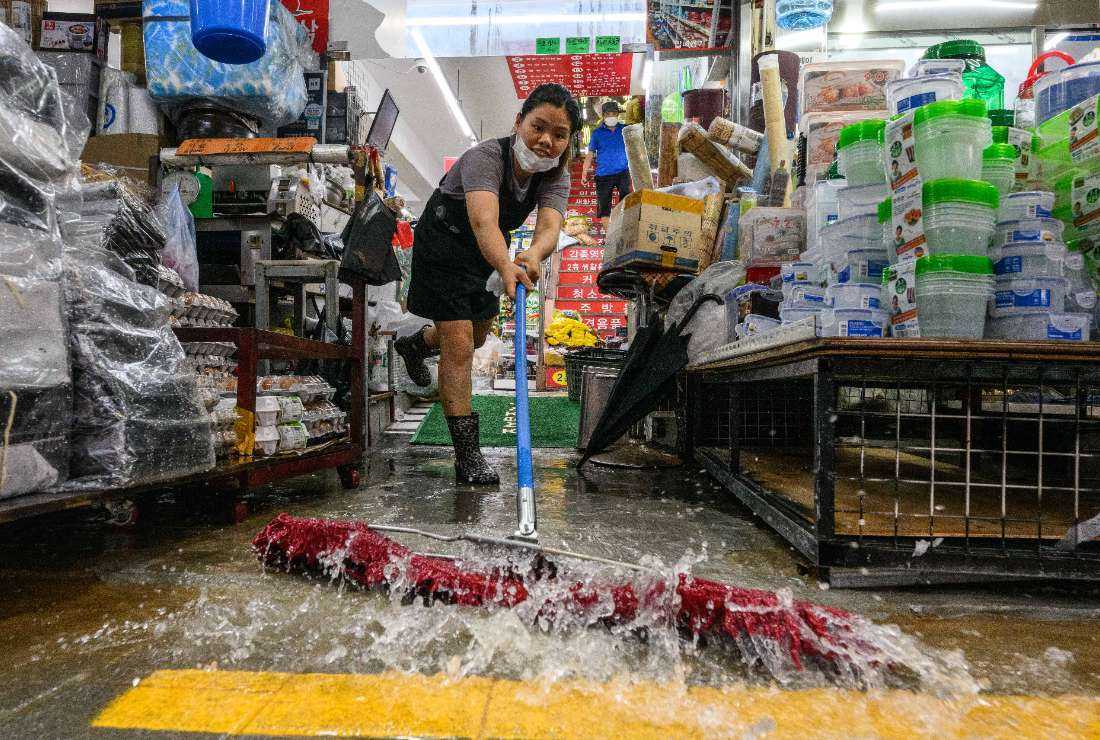 A worker clears water from her shop at the historic Namseong Market in the Gangnam district of Seoul on Aug. 9 after record-breaking rains caused severe flooding in parts of South Korea. (Photo: AFP)

The death toll from South Korea's record-breaking rains and flooding has risen to 11, officials said Thursday, with eight more people still missing as Seoul struggles to clean up after the deluge.

Two days of torrential rain flooded streets and subway stations in the capital, with President Yoon Suk-yeol saying it was the heaviest rainfall since Seoul weather records began 115 years ago.

Of the 11 dead, six were in Seoul, three in Gyeonggi province and two in Gangwon province, according to data from the interior ministry. Three of the eight missing were from the capital.

More than 5,300 people were forced to evacuate their homes, the ministry added.

Among the 11 victims, three died while trapped in their flooded semi-basement apartment, known as a banjiha, according to the ministry. Local reports say the victims were a teenager, her mother and her aunt.

One victim is believed to have been electrocuted while removing a tree that had fallen onto a sidewalk while another died when a landslide buried his home in mountainous Gangwon.