Ten people including a three-year-old girl have been killed in northwest Nigeria in an attack on a Christian village by Muslim herdsmen of Fulani origin.

The child, Elizabeth Samaila, suffered multiple machete cuts on her head and died in hospital on June 4, the day after the early-morning attack on the Tudun Agwalla community in Kajuru in Kaduna state.

It was the latest in a series of armed assaults on Christian communities in southern Kaduna state by Fulani militia, UK-based Christian Solidarity Worldwide reported.

Nine others were also hacked to death with machetes and were buried in a mass grave. Six were identified as Richard Yusuf, Kefas Yusuf, Fidelis Wada, Kachia, Genesis Soja and Rahab Soja.

Eight-year-old Rita Friday was among an unknown number of Christian villagers who sustained injuries in the attack, CSW said. 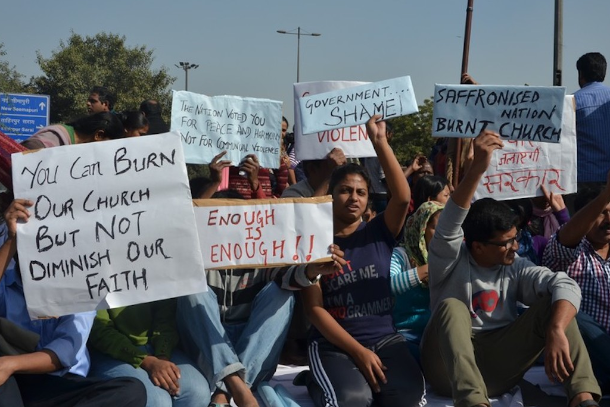 Mervyn Thomas, CSW chief executive, said southern Kaduna is fast becoming the "killing fields, either due to a gross failure of governance or official indifference and acquiescence."

According to a report, about 11,500 Christians have been killed in Nigeria since 2015 by Fulani herdsmen, Boko Haram and highway bandits.

In March, Archbishop Ignatius Kaigama of Abuja asked President Muhammadu Buhari to address the violence against Christians in a homily during a Mass with the Catholic Bishops' Conference of Nigeria.

"We need to have access to our leaders, president, vice president. We need to work together to eradicate poverty, killings, bad governance and all sorts of challenges facing us as a nation," Archbishop Kaigama said.

The Global Terrorist Index 2019, published by the Institute for Economics and Peace, says Fulani extremists are the primary cause of escalating terrorism in Nigeria.

The Nigerian government on June 7 claimed that a high-level security agency had uncovered a plot by the outlawed Indigenous People of Biafra (IPOB) to start a war in Nigeria "using false allegations of prosecution against Christians."

IPOB was banned in September 2017 after the Nigerian government accused it of terrorism.