Dapitan in southern Philippine region of Mindanao is the place of exile of the country's national hero, Jose Rizal, from 1892 to 1896.

It is an old Spanish town also known for the people's devotion to St. James, one of the 12 Apostles who was traditionally considered the first to be martyred.

The local church has a relic of the saint, whom people consider as the town's protector.

On July 22, the faithful of Dapitan held their version of the popular pilgrimage "Camino de Santiago" or Way of St. James.

The Camino de Santiago is one of the most important Christian pilgrimages wherein people walk 800 kilometers until they reach the cathedral of Santiago de Compostela in Spain where the remains of the saint are supposedly buried.

In Dapitan, the "Camino," which was first held in 2016, is a 17.4-kilometer journey that started at dawn when about 300 devotees congregated at the city's old cemetery.

It took at least seven hours before the last pilgrim finished the journey with the celebration of the Holy Eucharist.

Text and Photos by Mark Saludes.

The Angels of May

The men who go to hell every day

It's Eid - and the exodus from Dhaka begins

Anatomy of a relief effort

Anatomy of a relief effort: 2

Sent back to the war front

The floods are back in Bangladesh

While meeting Congolese war victims, pope begs the world to hear "the cry of their blood"

"Lay down your arms, embrace mercy", pope tells the Congolese 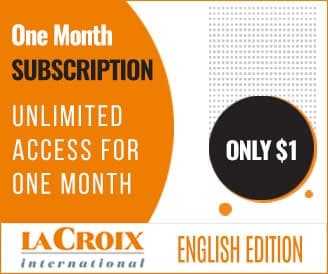