The diocese was erected on March 21, 1961. It is located in the northwestern part of Taiwan. It covers 4,573 square kilometers and includes Hsinchu City, the counties of Hsinchu, Taoyuan and Miaoli. Population: 3.3 million, mainly Hakka, with a Taiwanese aboriginal minority in the southeastern part of the county.

With 4,750 square kilometers, Hsinchu county is located in the northwestern part of Taiwan and three sides are surrounded by mountains.

Hsinchu County lies in northwest Taiwan, with Taoyuan County to its north, Miaoli County to its south, the Taiwan Strait to its west, and Hsuehshan Mountain Range and Tabachienshan to its east. Three sides are surrounded by mountains. The highest area with an average elevation at 3,000 meters of the county is located on Hsuehshan Mountain Range at the border with Ilan and Taichung counties in southeast, and run down-slope from east to west until 20 meters to 30 meters near the border of Hsinchu City.


Hsinchu city is a high-tech community blessed with mountain and coastal scenery.

Taoyuan County
There are 31 parishes in Taoyuan county, which covers 1,221 square kilometers and has a population of 1.9 million as of July 2008.

Taoyuan in Chinese means "peach blossom garden" and Taoyuan County used to be the main source of all peach blossoms in Taiwan, even though the plant is no l 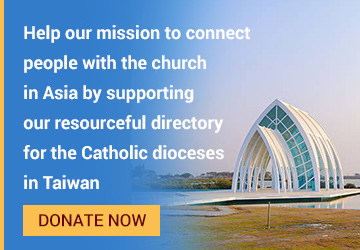 How to reach Hsinchu Diocese?