The majority of Singaporeans are Chinese (about 70 percent) with Malays comprising about 15 percent of the population, followed by Indians (about 10 percent). The remainder is made up of smaller groups of other ethnicities.

The country now faces a declining birth rate due to family planning policies in the past two decades.

The four official languages of Singapore are English, Malay, Mandarin, and Tamil.

The most common language used in Singapore is English, while the local dialect of English is Singlish which incorporates vocabulary from various Chinese dialects, Malay, and Indian languages.

The 700 square-kilometer country of Singapore is the smallest in Southeast Asia. It is located at the tip of the Malaysian Peninsula, just north of the Equator.

Its climate is hot and wet all year round with temperatures ranging from 22-34 degrees Celsius, with high humidity levels throughout the day.

Singapore was a Malay fishing village when it was founded by Sir Stamford Raffles who made it a British colony in 1819. It was then that Catholic missionaries first came here. The Church played a major role in education, health care and social welfare in the building up of the country.

During the Second World War, Singapore was occupied by the Japanese, and in the 1960s was part of the Federation of Malaysia before gaining its independence on Aug 9, 1965.

As Singapore is a country with few natural resources, it sought to fully develop its port facilities and to properly educate its people, which form its largest resource.

Singaporean politics have been dominated by the People's Action Party (PAP) since the country's independence in 1965.

The Republic of Singapore has faced criticism for being a reduced democracy because of its dominant-party system and has attracted controversy for some of its policies, including a birth control policy in the 1970s. The Prime Minister is Lee Hsien Loong, eldest son of Singapore's first Prime Minister, now Minister Mentor Lee Kuan Yew.

The office of the President of Singapore has always been a ceremonial one as the head of state, but the constitution has since been amended to grant the President veto powers in several important decisions.

Today, more than 90 percent of Singapore's population live in housing estates established by the Housing Development Board. Daily, nearly half its population of 4.35 million uses the public transport system which consists of train and bus services.

Singapore is a thriving center of commerce and industry. Its former role as an entrepot has diminished, as the nation has increased its manufacturing base. Singapore is the busiest port in the world and one of the world's major oil refining and distribution centers. It is also a major supplier of electronic components and a leader in shipbuilding and repairing. It has also become one of the most important financial centers of Asia, with more than 130 banks.

The development level of the telecommunications infrastructure is high across the country. Almost everyone owns a cellular phone, even some of those living in poverty. Most households have at least one computer with internet access, a telephone, and a television.

All radio and television stations are owned by the government. The print media is dominated by Singapore Press Holdings which publishes the main English-language newspaper in the country which provides general news coverage.

Primary education is compulsory in Singapore and, as such, the literary rate is 95 percent. The education is rigorous and specialized, and attracts many international scholars.

Singapore is a multi-religious country. The majority of Singaporean Chinese profess adherence to Buddhism, which in Singapore is usually a fusion of Taoism, Buddhism, Confucianism, and ancestral worship. Most Malays are Muslims.

Christianity in Singapore consists of Roman Catholicism and various Protestant denominations, comprising about 15 percent of the population. Other religions include Sikhism, Hinduism, and the Baha'i faith. 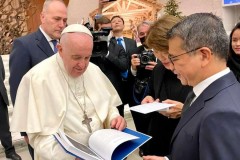 The risks of sponsorship of social egg freezing
29 Nov 2021