In a land area of 2,647 square kilometers, the diocesan territory covers the Civil Province of Ilocos Sur. The total population is 699,793.

The principal dialect of the province is Ilocano representing most of the total population in the diocesan area. Other dialects/languages spoken in the province include Tagalog, Pangasinense, Visaya, Chinese, English, Kankana-ey, Tingguian and Arabic.

The province is composed of 32 municipalities, 2 component cities and 768 barangays. Of the municipalities, 20 are identified as lowland areas and the remaining 12 are considered upland areas. The province of Ilocos Sur is located along the western coast of Northern Luzon. It is bounded by Ilocos Norte in the North, Abra in the Northeast, Mountain Province in the east, Benguet in the Southeast, La Union in the South and the Luzon Sea and the Lingayen Gulf in the West.

Ilocos Sur is one of the country's major producers of tobacco. Its northernmost town Sinait is also recognized as the "Garlic Center of the North."

Its other major agricultural products include onion, tomato and banana. Industries in the province are mostly small and medium scale ones in the areas of pottery, ceramics and furniture making. These industries absorb more than half of the population total employment.

Domestic and direct-distance dialing is provided by the Digital Telecommunication Philippines, Inc. and Philippine Long Distance Telephone Company in 17 of the 34 municipalities of the province. Its operation is complemented by five (5) other companies (Globe, Smart, PLDT, Bayantel) providing fixed and mobile cellular phone system.

There is an existing local television station in the province - NBN4, but the telecast of other national TV stations can be received locally and 5 cable TV companies thereby improving access to local and international news. The province also offers a complete range of telegraphic and postal services

Literacy rate (simple literacy) 94.09 according to the government census.

Christian formation of the young is undertaken by two Catholic Colleges, eight parochial schools and educational institutions run by the Religious. The Immaculate Conception Minor Seminary is a high school seminary nurturing the priestly desire in young boys while the Immaculate Conception School of Theology, the Regional Theology Seminary forms seminarians not only for Nueva Segovia but for the whole of Northern Luzon.

Ethnic groups include the Kankana-ey, Bag-o, Itneg, Tingguian and the Ilocano. These ethnic groups are residing in the upland municipalities.

Viva Vigan Festival is held every 1st week of May. It features a calesa parade (horse-drawn vehicle), binatbatan street dancing, ramada games, religious rituals, santacruzan, bankathon, exhibits, trade/food fairs, abel-iloco fashion show and other exciting events. It features around 100 calesa decorated with indigenous materials in accordance to the theme of the Viva Vigan. 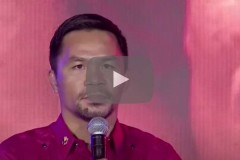