The archdiocesan territory covers Seoul, an area of 605 square kilometers, and Hwanghae province, an area of 16,744 square kilometers in North Korea. The ecclesiastical region of Seoul comprises the Metropolitan Seoul archdiocese with suffragan dioceses of Chunchon, Daejeon, Incheon, Suwon, Uijeongbu and Wonju. Pyongyang and Hamhung dioceses and the Territorial Abbacy of Tokwon, all in North Korea, are its suffragans.

In 1992, Seoul archdiocese introduced the Small Christian Community (SCC) movement by Cardinal Stephen Kim, then Archbishop of Seoul. At that time, then Auxiliary Bishop Peter Kang Woo-il said each of Seoul's parishes had about 7,000 Catholics but about 90 percent lacked strong parish ties and felt alienated. To deal with the matter, the archdiocese chose the SCC model as the core of its evangelization in the new millennium. The archdiocese fit the SCC concept into its parish district system, in which every parishioner belongs to one SCC in principle. Through SCCs, laypeople can play a more active role and meet regularly to reflect on the Gospel, and Church and social concerns.

Located in the center of the Korean peninsula, Seoul has been the capital city of Korea since the Joseon Dynasty (1392-1910) moved its capital to Seoul in 1394. The name "Seoul" comes from the ancient word "Seorabeol" or "Seobeol," meaning "capital."

Seoul is a hub of the national economy, playing a key role in the free flow of national resources and capital. The vast majority of head and branch offices of large business groups and multinational corporations are all concentrated in Seoul.

In Seoul, radios and many national and local TV stations are available. Most families are also equipped with telephone and ultra high-speed Internet. Most individuals have mobile phones.

Seoul's transportation infrastructure is well equipped. The railway system transports people all over the nation and express train lines (KTX) carry people to Busan and Gwangju within three hours. Also, eight lines of subway cover all of the city and Seoul's public bus system is well known for its convenience. There is a domestic airport in Gimpo, which occasionally operates as an international airport.

Standard Korean is in use. English, a mandatory subject in schools, is spoken and understood in business and tourist areas. All traffic signs are in English, Chinese and Korean.

Seoul falls within the temperate zone and has the four seasons of spring, summer, autumn and winter. The yearly average temperature of Seoul is 12.2 degrees Celsius. The annual precipitation averages 1,344.2 millimeters. Most of the rainfall is concentrated in the rainy months (monsoon period) of June through September.

Seoul is surrounded by mountains such as the Bukhan Mountain in the north, Gwanak Mountain in the South and Namsan (South Mountain) in the center of the city. The Han River crosses the city, dividing it into two. How to reach Seoul Archdiocese? 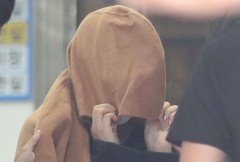