In the diocesan territory, the population is 15,750,398 at end of 2017. Most residents are ethnic Japanese. There are also 335,289 non-Japanese people, according to the Immigration Bureau of Japan.

The diocese of Yokohama was established on Nov. 9, 1937, when the archdiocese of Tokyo was given over to the care of Japanese clergy, and the eight prefectures of Kanagawa, Shizuoka, Yamanashi, Nagano, Saitama, Gumma, Tochigi, and Ibaraki were entrusted to the Paris Foreign Mission Society.

On Nov. 9, 1939, the prefecture apostolic of Urawa was established and the four prefectures of Saitama, Gumma, Tochigi, and Ibaraki were entrusted to the Canadian Franciscans.

On June 15, 1998, Pope John Paul II nominated Bishop Hamao as president of the Pontifical Council for the Pastoral Care of Migrants and Itinerant Peoples at the Vatican. With this appointment, effective June 15, 1998, Bishop Hamao became an archbishop and relinquished the office of bishop of Yokohama. He was succeeded by Father Masahiro Umemura, who was appointed March 16, 1999, and was ordained bishop on May 15 that year. (Catholic Bishops' Conference of Japan, 2010)

Throughout Japan, literacy is 99 percent, according to Central Intelligence Agency, USA, in 2010. 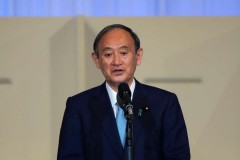 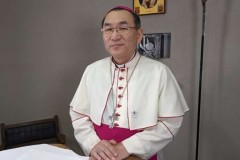