In a land area of 4,104 square kilometers, the diocesan territory covers Nagasaki prefecture.

In the diocesan territory, the population is 1,377,780 at the end of 2016. Most of them are ethnic Japanese. There are also 10,979 non-Japanese people, according to the Immigration Bureau of Japan.

With the resignation of Bishop Yamaguchi, Bishop Asajiro Satowaki of Kagoshima was appointed to succeed him on Dec. 19, 1968. He was installed as archbishop of Nagasaki the following March 16.

On Nov. 10, 1977, Father Hisajiro Matsunaga was appointed auxiliary bishop. He was consecrated bishop on Feb. 5 of the following year. On Jan. 15, 1991, Bishop Matsunaga was installed as bishop of Fukuoka.

On June 30, 1979, Archbishop Satowaki was created the third Japanese cardinal.

On Feb. 8, 1990, Cardinal Satowaki resigned as archbishop and Bishop Kaname Shimamoto, bishop of Urawa, was appointed his successor. He was installed on May 8 of the same year.

Airplanes, railways, buses and ships are modes of transportation in the area.

Throughout Japan, literacy is 99 percent according to Central Intelligence Agency, US, in 2010. 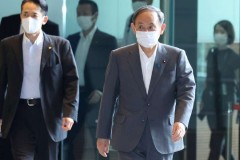