Manado became an apostolic vicariate on April 13, 1937. It was made a diocese on Jan. 3, 1961. Sacred Heart Bishop Nicolaus Verhoeven was appointed the first Bishop of Manado on Feb. 2, 1961. He was succeeded by Sacred Heart Father Theodorus Moors who then served as vicar general of Manado diocese. The Dutch missionary resigned on June 26, 1969, and was succeeded by Sacred Heart Bishop Josephus Suwatan. He is the first Indonesian bishop of Manado diocese.

Manado diocesan office is based in Manado, capital of North Sulawesi province.

How to reach Manado Diocese? 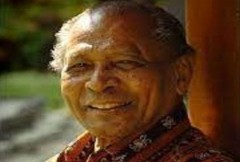 Call to end bias against traditional faiths in Indonesia
Despite a ruling from the Constitutional Court, followers of indigenous faiths still lack full... Indonesia quake kills at least 250, injures many
Rescuers turned to the missing as the quake on Monday triggered landslides and caused buildings to...