In a land area of 24,409 square kilometers, the diocesan territory covers the town of Malang and other areas in East Java, including Jember, Banyuwangi, Madura, Lumajang, Pasuruan, Probolinggo, Purworejo and Situbondo.

In the diocesan territory, the population was 16,498,709 at 2016-end. As a province, East Java has the greatest population density. People are from different ethnic backgrounds including Javanese, Chinese, Dayak, and Flores.

Javanese with different dialects is in use in the diocesan territory, also Madurese language.

Mission work started in the eastern part of Java in 1580 when the Portuguese traders came to Panarukan. A few years later, the priests of the Dominican Order tried to spread the Gospel in Panarukan and Banyuwangi led by Fathers Emmanuele, Pascuale, Pietro and Giorgio. There is no information regarding the work of the Dominican Order in the 16th century, until they were reportedly drawn to Malacca, while leaving Pascuale as a martyr.

In the beginning of the 1800s, priests from the Society of Jesus began to work in Surabaya. One of them was Father H. Waanders. They tried to visit the northern regions, among others, Pasuruan. Chronicle History of Mission noted the arrival of Father Van der Elzen, SJ, and Father Palinckx, SJ, in 1850 and a layman, AM Anthonijsz, in 1895. A small church, then donated, is still in use, the Church of St. Anthony in Pasuruan. Father G. Jonckbloet, SJ, was the first missioner who carried out evangelization works in Malang in 1896. He opened a parish located in Kayutangan, Malang, on July 2, 1896, and founded the Church of the Sacred Heart. From here, the mission reached Lawang. In 1900, the Order of the Sisters (OSU) built houses in Celaket monastery, Malang, and opened a school (Cor Jesu), which is still in use. The work of the priests of the Society of Jesus is recognized as the foundation's mission in Malang, which stretches between the Church of the Sacred Heart in Kayutangan, Lawang, and St. Anthony Church in Pasuruan.

From the centers in Kayutangan, Lawang and Pasuruan, Carmelites Fathers Van der Pas, Henckens and Brenkel moved to the region of Malang, and founded the church in Probolinggo in 1924. Father Van der Pas even crossed by boat from Probolinggo to Madura (Sumenep) in 1927. Meanwhile, the waves of migration moved from Kalibawang, Kulonprogo and Boro to the plantations along the southern coast of East Java. The first generations of Catholics baptized in 1904 were among them. Lay people participated in sowing the seeds of God's Kingdom in new places like Sumberjati and Glagahagoeng, south of Banyuwangi, and Sukoreno (between Lumajang and Jember), preparing the ground for the mission work in the area of the eastern tip of Java.

In April 1927, the administrative status of the Mission of Malang was converted into an apostolic prefecture. With this status, all activities of the Catholic faith were released from the responsibility of the Dutch Catholic Church and taken over by the Vatican. Father Clemens Vander Pas, OCarm was appointed as the leader (Prefect of Malang), which was confirmed by Bishop Antonio Pietro Francesco Van Velzen, SJ, vicar apostolic of Jakarta (Batavia).

Land, sea and air transportations are available in the diocese. Villages can be accessed from the main asphalted roads. Almost every island has harbor connecting one another.

Malang is known as the ‘City of Education,’ because it has many reputable universities. There are also many senior high schools.

The ethnic and cultural richness adds to the traditional arts. One of these traditional arts is Topeng Malangan puppet show. The styles of the arts can be traced back to the three cultures of Central Java, Madura and Tengger. People in Malang are known for their dynamics and hard work.

There is also a center for the appreciation of local arts, which is called Taman Krida Budaya Jawa Timur. Here, various local arts are often performed, such as Ludruk, Ketoprak, Wayang Orang, Wayang Kulit, Reog, Kuda Lumping and Sendra Tari. 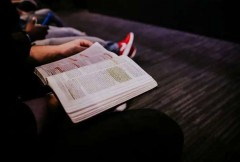