In a land area of approximately 33.484 square kilometers, the diocesan territory covers the prefecture-level cities of Xianning, Huangshi, Huanggang and Ezhou in the southeastern part of Hubei province.

Chibi has a population of 506,509, while the total population of the four prefecture-level cities that the diocese covers is about 13 million.

Mandarin Chinese and Hubei dialect are in use in the diocesan territory.

Puqi diocese in the southeastern part of Hubei province is one of the first six native dioceses in China. It was created in 1923 as an apostolic prefecture and was promoted to a diocese in 1951. Its first bishop, Odorico Tcheng He-de, and other five Chinese bishops were ordained by Pope Pius XI in Rome in 1926.

Before the founding of People's Republic of China in 1949, Puqi has 8 churches, 2 elementary schools, 2 clinics and an orphanage, served by some 10 priests and some 20 Religious sisters. However, there is no record of the number of Catholics at that time.

The ecclesiastical territory of Puqi was restructured in 2001, which covers 4 prefecture-level cities and their subordinate counties. Bishop Anthony Tu Shihua, who is not approved by the pope, heads the diocese. His cathedral is located at Chibi city, which was renamed from Puqi. The elderly prelate resides in Beijing for more than a decade.

Xianning has major rail lines, including the Beijing-Guangzhou line, many national highways, and a large stretch of the Yangtze River, making it an important transportation and shipping center.

The two passenger train stations within the prefecture-level city of Xianning - the one in Xianning urban area itself (80 kilometres from Wuhan's Wuchang train station), and the one in Chibi (118 kilometres from Wuchang) - are usually the first and the second stops for the slower trains leaving Wuchang toward Changsha and Guangzhou. Typical travel times from Wuchang is 40-50 min and 1 hour 20 min, respectively.

Puqi is the old name of Chibi city. The renaming in 1998 was to tie the city to the famous historical Battle of Chibi. It is administratively a county-level city of Xianning city.

Xianning neighbors Jiangxi Province to the south, Hunan Province to the west, and Wuhan and Huangshi cities to the north. It is hilly and mountainous (especially in its southern part), with some flatlands (mostly in the north) and lakes.

Xianning's history can be traced back to over 3,000 years ago. During the Xia and Shang Dynasties, it belonged to Jingchu. During the Qin Dynasty, it was controlled by Nan Shire. Xianning got its current name in AD1007 during the Song Dynasty.

The site of Ancient Chibi (Red Cliff) Battlefield in Chibi city, a county-level city of Xianning, is where the famous Chibi War of the Three Kingdoms Period occurred in AD208.

How to reach Puqi Diocese? 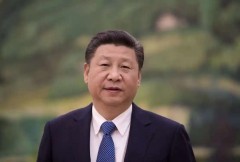