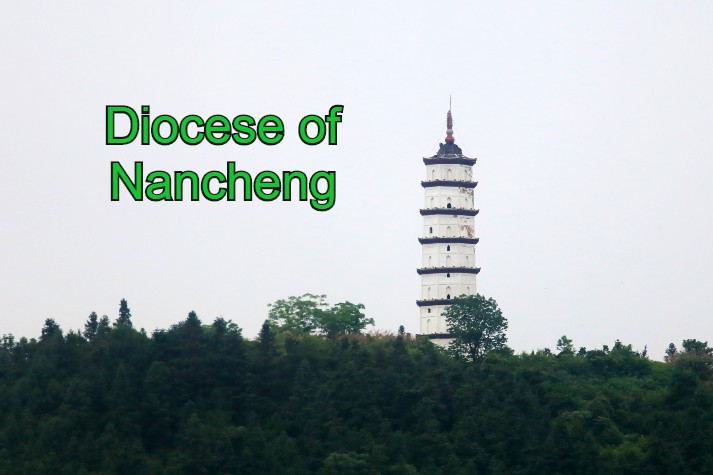 The Roman Catholic Diocese of Nancheng is a diocese located in the city of Nancheng in the Ecclesiastical province of  Nanchang in China.

It is under the jurisdiction of the prefecture-level city of Fuzhou. Historically it has been known as Jianchangfu (Kienchang)

Nancheng County has a humid subtropical climate, with long, humid, very hot summers and cool and drier winters with occasional cold snaps. The monthly 24-hour average temperature ranges from 5.8 °C (42.4 °F) in January to 28.8 °C (83.8 °F) in July, with an annual average of 17.75 °C (63.9 °F). The average annual precipitation is 1,700 mm (67 in). There are 1,635 hours of bright sunshine annually and the frost-free period lasts 265 days. Winter begins somewhat sunny and dry but becomes progressively wetter and cloudier; spring begins especially gloomy, and from March to June each of the months averages more than 190 mm (7.5 in) of rainfall. After the heavy rains subside in June, summer is especially sunny. Autumn is warm to mild and relatively dry. With monthly percent possible sunshine ranging from 20% in March to 58% in July, the county receives 1,635 hours of bright sunshine annually.