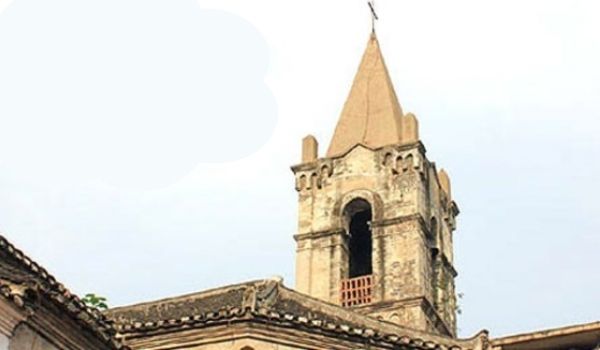 Xiangfan is the second largest city in Hubei province in central China. After the reshuffling of Hubei dioceses in 1999, XIangfan includes the former Laohekou and Suizhou dioceses. Xiangfan diocese covers three districts of Xiangcheng, Fancheng and Xiangzhou; the three cities of Zaoyang, Laohekou and Yicheng, as well as the three counties of Nanzhang, Baokang and Gucheng. As of 2010, there are 5.88 million people living in the territory of 19,713 square kilometer. In 2010, the State Council approved the change of the name of the city into Xiangyang.

Xiangfan has a population of 5.88 million with a majority of 99.7 percent of Han. There are 20,000 people from 26 ethnic minority groups. The Hui (Muslim) is the largest group which accounts for the 80 percent of the ethnic groups.

Putonghua and local Xiangfan dialect are in use.

Xiangfan is one of the five dioceses in the province of Hubei. It is located at the northwestern part of the province, covering the administrative regions of Xiangfan, Shiyan, Suizhou and Shennongjia, accounting for one-fourth of the area and one-six of the population of the province. The bishop house is located at a century-old church at Dinzhong Street in the Xiangfan city.

Xiangfan diocese is now under the leadership of the diocesan administrator Father Chen Jianqing and the chancellor Father Joseph Liu Yanqiang. The 15 priests and 2 seminarians of the diocese serve about 20,000 registered Catholics in 12 churches.

The Sisters of the Immaculate Heart of Mary have built a new convent in Fenghanying. Sister Wang Yanfang, the superior of the convent, and some 30 nuns run a sewing factory to self-sustain their daily expenses and support the evangelization of the diocese.

The "one river of Hanjiang, two airports, three railways and four expressways" makes Xiangfan an important transportation hub of the neighboring Chongqing municipality and the three provinces of Sichuan, Shaanxi and Henan. In 2010, the airport became one of the few which launches direct flights to Taiwan.

Xiangfan is located at a transitional subtropical region with a continental monsoon climate and distinctive seasons. It has a frost-free period of 241 days and an annual precipitation of 878.3mm, bringing a good environment for agricultural production. The average temperature ranges from 15.1°C to 16.9°C.

How to reach Laohekou Diocese?