Cardinal Patabendige Don Malcolm Ranjith was born on Nov. 15, 1947, at Polgahawela. He was ordained a priest on June 29, 1975 at St. Peter's Basilica in Rome by Pope Paul VI, and was appointed as Auxiliary Bishop of Colombo. His Episcopal ordination was on June 17, 1991. He was appointed Bishop of Ratnapura on Nov. 2, 1995.

In 2004, Bishop Ranjith was appointed as the Apostolic Nuncio to Indonesia and Timor Leste.

Archbishop Ranjith was awarded for the Thomas Aquinas Medallion in the field of religious education by Thomas Aquinas College, California , USA (2007) and 7th International Award "Giuseppe Sciacca" by the president of the Republic of Italy for achievements in the cultural field (2008).

He served as secretary-general of the Catholic Bishops' Conference of Sri Lanka (1995-2001) and chairman of the National Commission for Justice, Peace and Human Development.

Archbishop Ranjith is the present President of Catholic Bishop's Conference of Sri Lanka.
He is fluent in languages such as Sinhala, English, Tamil, German, French, Italian, Spanish, Indonesian-Bhasa, Greek, Latin and Hebrew.

How to reach Colombo Archdiocese? 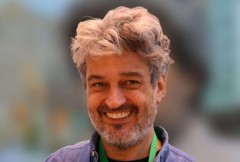