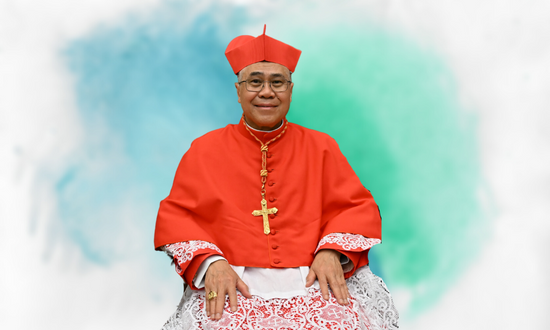 On December 29, 2012 the Vatican appointed Fr William Goh as Coadjutor Archbishop of Singapore. He is the second Singapore-born clergyman to hold the office of the archbishop.

He was ordained as Coadjuctor Archbishop of Singapore on 22 February 2013, at a function attended by by the President of the Republic of Singapore,
Dr Tony Tan Keng Yam, Deputy Prime Minister Teo Chee Hean, Chief Justice of Singapore Sundaresh Menon, state dignitaries, twenty bishops, more than 170 priest and an estimated 14,000 Roman Catholics, together with representatives of the major religions in Singapore.

When asked what was his first priority as Archbishop of Singapore, he said it was to be engaged with the youths of Singapore as they are "vibrant, creative and full of energy". He added that he would like to meet them to understand their aspirations and how they can contribute to the growth of the Roman Catholic Church.

The Archbishop also pledged to restudy the structure of the church and make it more effective and efficient so that there will be more communication and understanding within the church so that the church may operate and work in unity and peace.

On 29 May 2022, Pope Francis announced that Goh would be made a cardinal in August 2022, making him the first native Singaporean cardinal. How to reach Singapore Archdiocese? Malaysian jailed for Singapore penny-stocks scam
John Soh Chee Wen has been sentenced to 36 years in jail while his Singaporean accomplice is given... Singapore to extradite alleged sex offender to US
The accused allegedly assaulted a five-year-old girl in California in... The truth about Singapore’s war on drugs
Has the death penalty prevented the supply of illicit drugs in the...