The Rev. Don Mario Michiaki Yamanouchi, S.D.B., was born on Dec. 8, 1955, in Oita, diocese of Oita. He entered the Salesian Novitiate in Manucho, Argentina, in 1975. He gave his perpetual vows on Jan. 24, 1982. From 1976 to 1979 he studied philosophy and theology in Córdoba, Argentina. He holds a bachelor’s degree in theology and educational sciences.

Since priestly ordination he has held various positions in Argentina, Japan, and at provincial level. In Argentina: catechist at the Domenico Savio Institute in Córdoba (1985-1987; catechist at the Michele Rua Institute in Córdoba (1987-1991), Novice director at San Michele in La Plata (1991-1992 rector of the Ramos Mejia House in Buenos Aires (1992-1996), and provincial councilor (1987-1992).

During his four years as provincial superior he was especially closely following the process of reshaping of the Salesian presences and fostering the preferential option for the poor youth and migrants in Japanese Church, as the Salesian family animator he was involved deeply in the accompaniment of ADMA, of the Salesian Cooperators (EAO Tokyo Congress 2017) and was at the birth of the Don Bosco Past Pupils Federation of Japan (2015). 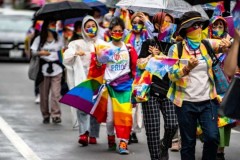