Pope Francis appointed Father Adrianus Sunarko the Bishop of Pangkal-Pinang on June 28, 2017. He was Franciscan provincial superior of Indonesia as well as the president of the Conference of Men Major Superiors of Indonesia (KOPTARI) at the time of appointment.

Born on Dec. 7, 1966, in Merauke, Papua, Sunarko, attended the minor seminary of Mertoyudan. He did his philosophical studies at the Driyarkara School of Philosophy in Jakarta and his theology at the Wedhabhakti Pontifical Faculty in Yogyakarta.

He took his perpetual vows as a member of the Order of Friars Minor (OFM) on 15 August, 1994, and was ordained a priest on 8 July, the following year.

As a priest, Fr. Sunarko was assigned various responsibilities beginning with taking care of Kramat parish as its assistant vicar till 1996.

In 1996 he left for Germany to do a bachelors degree in theology at the Albert-Ludwig University of Freiburg. On return in 2002, he was appointed professor at Driyarkara School of Philosophy in Jakarta.

Two years later in 2004, he become provincial definitor, a job he continued till 2007, when he become vice provincial of Franciscans in Indonesia.

In 2010, he was elected provincial superior of Indonesia, which he continued for two terms until the new appointment came as bishop.

Since 2014 he also serves as president of the Conference of Men Major Superiors of Indonesia (KOPTARI). 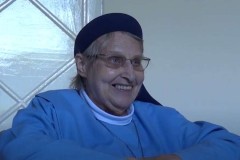