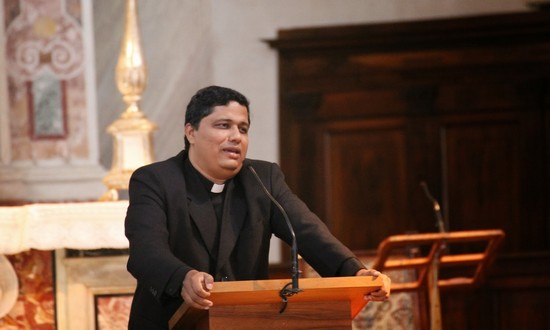 Auxiliary Bishop Joseph Pamplany was born on Dec. 3, 1969. He belongs to St. Sebastian’s Church, Charal. He joined St. Joseph’s Minor Seminary, Tellicherry, and completed philosophical and theological studies at St. Joseph’s Pontifical Seminary, Alwaye, and was ordained priest on Dec. 30, 1997, by Archbishop George Valiamattam. After ordination he was appointed assistant parish priest at Peravoor, and parish priest at Deepagiri. In 2001, he was sent to Leuven for higher studies in Catholic University, Leuven, and obtained a licentiate and doctorate in biblical theology. In 2006, he was appointed director of the bible apostolate of the archeparchy of Tellicherry. He is also visiting professor at St. Joseph’s Pontifical Seminary, Alwaye, Good Shepherd Major Seminary, Kunnoth and St. Peter’s, Bangalore. The bishop is a well-known theologian, retreat preacher and author of a number of books. At present, he is syncellus of the archeparchy of Tellicherry.