Peter Luo Xuegang was born on February 20, 1964, in Renshou County, in Sichuan Province. He began his priestly studies at Sichuan Catholic Theological and Philosophical College in April 1984, and graduated in December 1988, after which he joined the Shanghai Sheshan Monastery. He was ordained priest on November 30, 1991, and was assigned to the Diocese of Leshan.

Father Luo Xuegang studied at the National Seminary of Catholic Church during March-December, 2004. He was elected the Coadjutor Bishop of the Diocese of Yibin in Sichuan Province on January 9, 2010, and was ordained Coadjutor Bishop on November 30, 2011, with a Papal Mandate. He became the Bishop of Yibin on December 16, 2012, after the death of his predecessor John Chen Shi-zhong. 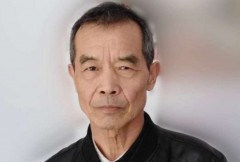