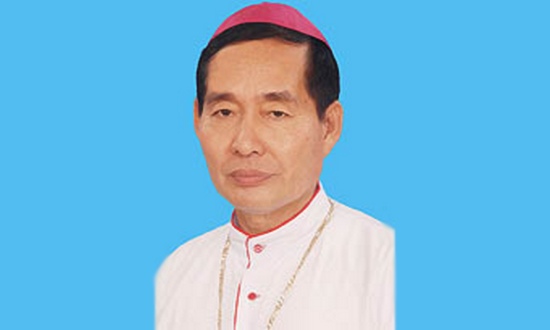 Bishop Justin Saw Min Thide was born on March, 26, 1951 in Thaung village, Twantay Parish to his parents U Noel Naw Aye and Daw Cecilia Than Tin. He has studied in St. Joseph Minor Seminary in Yangon and then joined St. Joseph Catholic Major Seminary, Yangon in 1978.

He received the Diaconate ordination on Dec. 3, 1983 and was ordained a priest on March 19, 1984. He was appointed Auxiliary Bishop of the Archdiocese of Yangon by Pope Benedict XVI on July 16, 2007. On Dec. 2, 2007 he was ordained Auxiliary bishop of Archdiocese of Yangon. The pope appointed him Bishop of Hpa-an on Jan. 14, 2009. The installation as First Bishop of Hpa-an Diocese took place on Dec. 3, 2009, at the new St. Francis Xavier Cathedral of the diocese.

The bishop holds a BA (Burmese) and a Licentiate in Philosophy (Pontifical University Urbaniana, Roma). Before he was appointed Bishop of Hpa-an he worked as a priest at Maubin Parish (April-June, 1984), Theinzeik Parish (1984-1987) and Mergui Parish (1988). In 1989 he served as Diocesan Procurator. From 1990 - 1992 he studied in Rome. He was Professor of Philosophy at St. Joseph Catholic Major Seminary, Pyin Oo Lwin from 1992-2003 before he served again as Diocesan Procurator from 2004-2007. 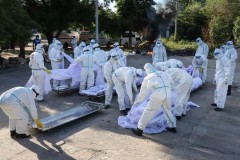