Bishop Galbines was born in November 1966 in in Aliwanag, Sagay, in the Western Negros province of the Philippines, in the Western Visayas region. He completed his philosophical and theological studies at the University of St Thomas in Manila and was ordained to the priesthood in 1994.

From 1994-1996 he served as Chancellor and Secretary of the Diocesan Curia for the Diocese of Bacolod, and spiritual director at the diocesan Sacred Heart Seminary.

In 2001 he earned a Doctorate in Theology from the Pontifical University of St Thomas Aquinas (Angelicum) in Rome.

After his studies in Rome, he returned to the Philippines and served as treasurer of the Catholic Bishops' Conference of the Philippines (2001-2006), Vice-President and then President of the Diocesan Commision for Clergy, and Parochial Vicar of St Sebastian Parish in Bacolod City (2007-2012). In 2012 he became Rector of Sacred Heart Seminary in Bacolod City, and in 2013 he became Vicar General of the Diocese of Bacolod.

The Diocese of Kabankalan was erected in 1987. Bishop-elect Galbines is its 3rd Bishop, succeeding Bishop Patricio Abella Buzon, SDB who was appointed the Bishop of Bacalod in May 2016. 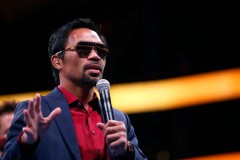