Archbishop John Wong Soo Kau was born as the 7th of 11 children to Paul Wong Shui Tshun and his wife Rose Chung Thiem Yin on June 6, 1968 in Karamunting, Sandakan, Sabah. Before his Seminary Formation at St. Peter"s College, Kuching, Sarawak, Archbishop Wong worked as a salesman. He was ordained a priest of Kota Kinabalu on Jan. 21, 1999. He served as assistant parish priest of Sacred Heart Cathedral from 1999 to 2002, after which he studied spirituality for two years in Rome. On July 16, 2007, he was incardinated as priest of Sandakan. Pope Benedict XVI appointed him Coadjutor Archbishop of Kota Kinabalu on June 21, 2010. He was ordained bishop on Oct. 1, 2010. Succeeded as Archbishop of Kota Kinabalu, Malaysia on December 1 2012. 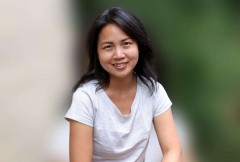