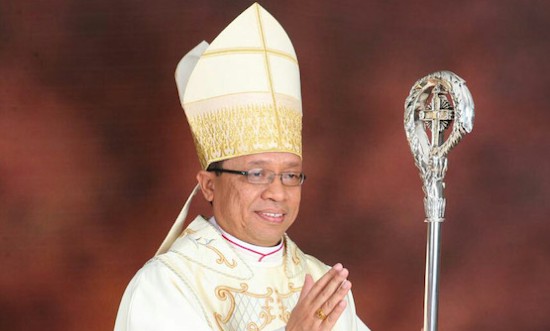 Archbishop Aloysius Sudarso was born in Yogyakarta, 405 kilometers southeast of Jakarta, on Dec. 12, 1945. He was ordained priest on Dec. 14, 1972, and appointed auxiliary bishop of Palembang, South Sumatra province, on Sept. 17, 1993. His episcopal ordination was on March 25, 1994. On May 1, 1997, he was appointed bishop of Palembang, and was installed on June 29 in the same year. Due to the elevation of Palembang diocese as an archdiocese, he was appointed and installed as archbishop on July 1, 2003. His motto is "Tuus servus sum ego" (I am your servant).